MID-CENTURY MODERN LIVING IN THE HILLS

PRIVACY, PRESTIGE, AND PROVENANCE...this mid-century modern view property provides all three—and more—to today's architectural aficionados. A superstar cast of America's impressive architects worked on this masterpiece of California Modernism: Richard Neutra, Alexander Ban, and Josef Van Der Kar lent their visions to the structure, while celebrated landscape architect, Garrett Eckbo, labored over outdoor environs. Known as the Millard Kaufman Residence, it is a post-and-beam to the extreme; lofted ceilings of exposed wood with carefully-placed skylights, soaring walls of glass doors and windows, original paneling, and period detailing prevail. The house's main living space consists of a classic open floor plan: Living, dining, and kitchen flow seamlessly into each other and out to lushly-planted grounds and a beach-entry pool. The home's master suite is a restful retreat from the busy life it looks down upon. Three guest bedrooms, decks, patios, lawn, a fire pit, and city lights views augment this marvel.

The history of 3574 Multiview Drive and those who made major contributions to it is almost as exciting as its present. The key players were:

RICHARD J. NEUTRA (1892-1970). In 1954 Neutra designed a bathroom, playroom, workshop and stairway for the Millard Kaufman Residence. He is most famous architect behind the Kaufman House. Born in Vienna, Austria and graduated from the Vienna University of Technology, Richard Neutra immigrated to Los Angeles in 1926. In Southern California he found a suitable climate and sufficiently receptive clientele to explore his belief that “Every opportunity of nature-near living existed here and had to be exploited.” Neutra believed the needs of his clients were paramount to his artistic vision. In his residential commissions he combined spaciousness with compactness, opened the interior with lots of glass, and created patios “tailored to the landscape to make the outdoors seem part of the house.” The house was not a “machine-for-living” but as he put it “… a flower pot, in which you can root something and out of which family life will bloom.” While locally he is arguably most often associated with the Lovell House (1928, HCM #123) and the Kaufmann Desert House (1946, no relation), Neutra designed everything from houses to housing projects and schools to office buildings. Though based in Los Angeles, his buildings can be found across America and Europe.

ALEXANDER BAN (1901-1998). In 1958 Ban designed the studio addition for the Millard Kaufman Residence. Alexander Ban was born in Hungary and received his architecture degree in 1931 from the Royal Technical University in Budapest. He spent his early years working for various architecture and engineering firms across Europe and Africa. In 1941 he relocated to Los Angeles and initially worked for noted theater designer S. Charles Lee. In 1946 Ban opened his own practice and soon found his niche as a Modernist residential designer. A year into his solo practice he received a first place prize from the Lincoln Arc Welding Foundation. Ban had devised an innovative welded steel column assembly that removed the numerous wood posts typically required in frame construction. In the Modernist quest to bring the outdoors inside, Ban eliminated the distinction between outer and inner space by creating vast stretches of sliding glass unbroken by mullions. Some were as long as 24 feet. Among his commissions were the Beverly Hills home of film director Zoltan Korda (1947) and the Hollywood Hills home of Dr. Adelbert Frisch (1948). Ban’s wife Eva was the smiling woman famously pictured in 1962 chatting with President Kennedy as he dashed out of the water on a Santa Monica beach.

JOSEF VAN DER KAR (1906-2002). In 1963 Van der Kar designed the Millard Kaufman Residence’s undulating trellis and the service porch. Josef Van der Kar was the New York City- born son of Dutch immigrant parents.  He received his architecture certificate in 1927 from Pratt Institute and spent part of his early career at Metro- Goldwyn-Mayer. Between 1949 and 1951 he experimented in prefabricated housing for General Panel Corporation, the studio of Bauhaus founder Walter Gropius. Intensely private and publicity-shy, Van der Kar prohibited publication of his commissions. However, his friend and neighbor Julius Schulman photographed several. Cantilevered trellises, large sliding glass panels, and movable interior walls, bookcases, and partitions are the hallmarks of Van der Kar’s residential commissions. His designs incorporated vivid paint colors as part of his mastery of how his clients experienced light and color. A registered Communist, Van der Kar’s clients included a spectrum of politically active intellectuals. Among his best-known commissions is the Garrett Eckbo House (1952) and the Wohlstetter House (1953). The Rootenberg-Markham House (1952, WHL #37) and the Shire House (1949, HCM #973) are landmarked.

GARRETT ECKBO (1910-2000). In 1963 Eckbo designed and implemented a landscape plan for the Millard Kaufman Residence. Landscape architect Garrett Eckbo settled in Los Angeles in 1946 to take advantage of its growing opportunities for private practice. Never a puritan, he threw himself with gusto into defining the landscape of a new American dream. "L.A. is larger, looser, a place of freer movement socially than the Bay Area," he said. "The years I spent there were the best of my professional life." Eckbo's eagerness to experiment during the 1950s was epitomized by his theatrical Beverly Hills swimming pool design for the owner of Cole of California, the bathing suit company. The landscape architect cantilevered a steel beam spanning the width of the pool to support a masonry wall and a series of concrete diving platforms that allowed models to swim under the backdrop unnoticed and then emerge like Esther Williams from the deep. Many of Eckbo's gardens accompanied well known leading modernist architect housing design, including Ralph Soriano, Richard Neutra, and Robert Alexander (including Orange Coast College) and were famously photographed by Julius Schulman.

Two-time Oscar nominee MILLARD KAUFMAN (1917-2009) was an owner/resident of 3574 Multiview Drive and was responsible for commissioning architects to work on the home. Kaufman grew up in Baltimore and, after graduating from Johns Hopkins, moved to New York and worked as a copyboy for The Daily News and a reporter for Newsday. He enlisted in the Marines in 1942 and fought at Iwo Jima, Guadalcanal and Okinawa, earning a Bronze Star for bravery. While in uniform, he married Lorraine Paley. After the war Kaufman moved to California and took up screenwriting. He wrote the screenplay for “Ragtime Bear” (1949), the animated film that introduced Mr. Magoo, a character he said was based on one of his uncles. He followed up with another Mr. Magoo cartoon, “Punchy de Leon” (1950). The taut screenplay for “Take the High Ground!” (1953), in which Karl Malden and Richard Widmark play drill sergeants whipping raw recruits into shape during the Korean War, earned Kaufman the first of two Oscar nominations. The second came with “Bad Day at Black Rock” (1955), a racially charged drama, part western and part film noir, about a desert town whose residents have murdered a Japanese immigrant. Spencer Tracy, as the one-armed World War II veteran who comes to give the Japanese man his dead son’s war medal, encounters duplicity, hatred and moral cowardice in a film credited with helping to change the depiction of Asians in Hollywood films. Kaufman’s other screenwriting credits include “Raintree County” (1957), for which he was an associate producer, and “Never So Few” (1959), with Frank Sinatra. He wrote and directed “Convicts 4” (1962), with Ben Gazzara as a convict who becomes a professional artist, and wrote the screenplays for “The War Lord” (1965) and “The Klansman” (1974). 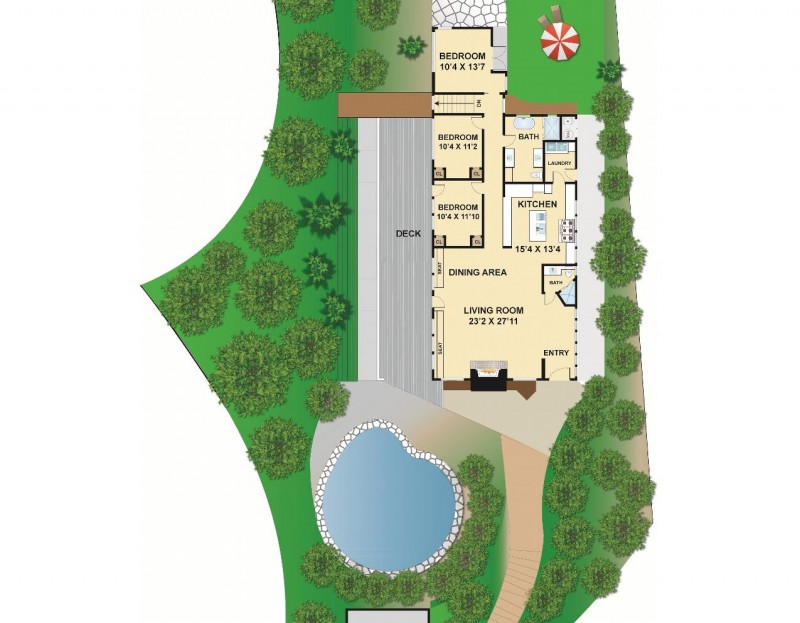 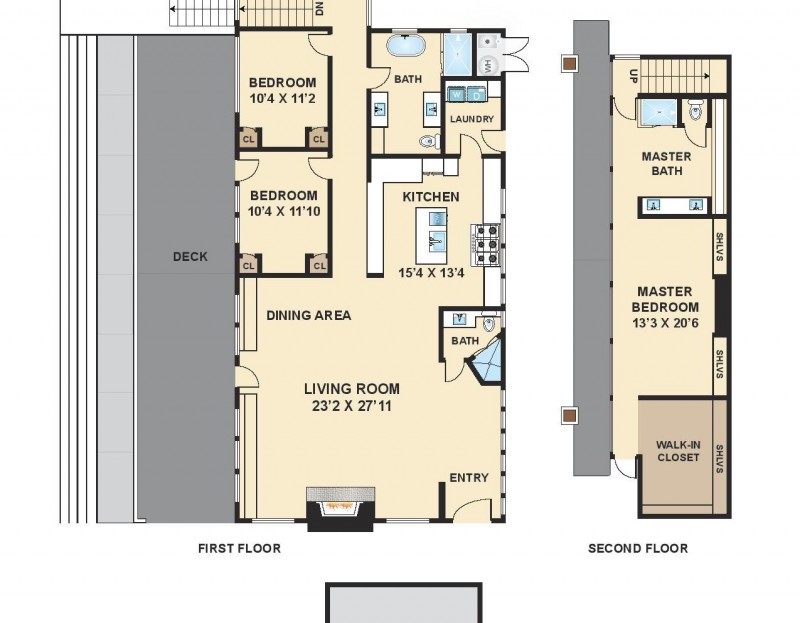